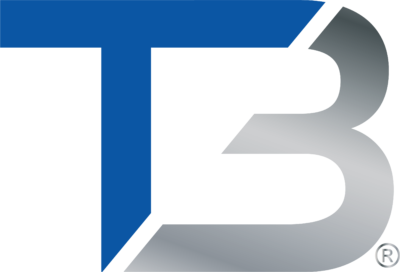 Culture. Defined by the Cambridge Dictionary as “the way of life, especially the general customs and beliefs, of a particular group of people at a particular time”

A nation, region or community group will have its own culture – a set of values, beliefs, traditions and norms. Over time that culture inevitably will change – it’s an evolving process as society progresses and adapts.

Within the business world, different industries have their own cultures – ways of doing things, formalities and etiquette. And then drilling further down, each individual organisation will have its own unique culture. Mention “company culture” these days and people’s minds might automatically jump to visions of ping pong tables in the office, dress down Fridays, yoga sessions in the office and free beers after work. However it’s the brand values, way of working, processes, behaviour and language, procedures and relationships that really define the culture of a business.

And it’s that individual culture of any business and brand that will make or break it – it can be the difference between happy and unhappy staff, satisfied and disgruntled customers and the reputation of the company overall! It goes almost without saying that a positive business culture increases productivity and profitability.

Moving into the franchise world, a clear culture is essential to the long term success of a franchise brand. However it’s something that is often overlooked by emerging franchisors. The culture of a franchise brand goes beyond what’s written down in the Franchise Operations Manual or Handbook. It’s goes beyond just the brand mission statement. It’s those things and more. It’s a set of very often at least partially unwritten rules about how franchisor and franchisee, the team and the franchise network work together as a whole to deliver what’s written down, how they communicate with each other, how they support each other, inter relate and behave with each other and what’s expected of them individually and overall. The culture of the franchise is what should keep the franchise team together as just that – a team, very often working disparately in different geographical locations but with a vital need to be held together a joint sense of belonging and purpose. And on the flip side, having a clear culture will aid the franchisor in steering the business forward and in identifying the right people to take on board to grow the team – people who are aligned to the same goals and who are going to be a great “fit” for the existing franchise network.

For anyone looking to enter the franchise market in 2019 therefore, it’s important to take a close look at what the overall company culture is (or should be) before diving head first into the franchise pond. Rick Gibb provides some great tips to consider when looking to create a business culture in his article How to Build A Great Company Culture from the Ground Up. If a franchisor spends time clearly defining their culture at the outset then that should become a major selling tool as they begin to build the franchise network – as well as a time saving tool! Get the franchise culture ingrained into your franchise business from Day One and that should hopefully cut down on expensive franchise recruitment mistakes and disputes further down the line – having a clear defined culture that franchisees buy into when they join the team means that franchisees know what is expected, they are more likely to adhere to the franchise model and as a result be happy, engaged and ultimately successful franchisees.

A franchisor will of course set the initial brand culture – the branding, the mission statement, the manner in which the product or service should be delivered, the support mechanisms within the team – however ultimately it will be the franchisees who are likely to play a significant part in how the culture of the business then evolves over time. And that’s how it should be. Yes, culture should begin with leadership. However a positive business culture will not be dictated and enforced by the leaders of a business but should adapt and evolve with input from the entire team. The challenge for any franchisor as a franchise network grows in size is making sure that the cultural principles of the business are maintained across the board. This partly comes down to communication – regularly reinforcing the values, norms and expectations within the whole network, both old and new franchisees. And if franchisees are properly recruited and trained, feel supported, if their input is regularly sought and valued, they feel respected and valued and if communication within the team is effective then franchisees become “cultural ambassadors” in their own right.

It could be said that a franchise brand relies even more upon a positive culture as the key to long term survival and success than other business models. As an organization which is made up of many very different individuals in different locations, all running their own businesses as independent owners, it’s a strong, clear and positive culture that will be the backbone to the success of the team and therefore the brand.